British car manufacturing dropped to its lowest level since 2010 last year, as manufacturers experienced less of a demand to export to major markets around the world. Production has slumped for the fifth month in a row according to new figures just released. Just over 118,000 cars rolled off British production lines in January, which was a decrease from almost 121,000 in January last year. Buyer confidence dropped due to the negativity of Brexit

A number of factors affected output, such as less buyer confidence in the UK due to the approach of Brexit. Overseas markets also saw less of a demand for cars, and there was a move away from the diesel engine particularly in countries across Europe. A number of factory shutdowns occurred in the spring and autumn too and these factors combined led to the decrease in figures.

However, on a less gloomy note, sales of electric and hybrid cars were more favourable, with electric car sales rising by more than 200 per cent. Over 1330 electric vehicles were sold, accounting for 2.7 per cent of the car market in January.

According to the Society of Motor Manufacturers and Traders, companies such as Vauxhall’s owner PSA as well as Mini owner BMW and Nissan have said that investment in the UK will depend upon the transparency of the trading relationship with Europe. Four out of every five cars made in the UK are exported. Around half are destined for EU countries. Furthermore, car producers rely on EU countries to supply parts. Britain was reliant on European Union sales last year, as the China and Japan export markets were disappointing. 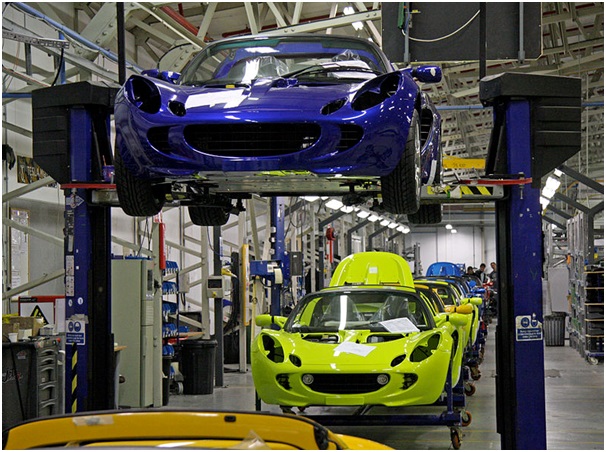 Ford Fiesta remains one of the UK’s favourite cars

A vacuum conveying system is used in various car manufacturing facilities and companies such as https://www.aptech.uk.com/pneumatic-conveying-systems/vacuum-conveying/ can provide solutions for a variety of businesses.

According to What Car the family friendly Ford Fiesta remains one of the nation’s favourite cars, followed by the Focus, the Nissan Qashqai and the Vauxhall Corsa.

Mike Hawes, the Society of Motor Manufacturers and Traders chief executive, said the ‘jury is out’ on the future of the UK’s car industry. He also said that the UK’s reputation had been ‘damaged’ by the period of uncertainty during the three years that followed the Brexit poll back in 2016.